What is the Glycemic Load (GL)

The Glycemic Load (GL) is a new nutritional concept which ‘fine tunes’ the glycemic index (GI). It addresses the concern about rating carbohydrate foods as either “good” or “bad” on the basis of their GI. There is no such thing as a good or bad carbohydrate food – all foods can fit! It all depends on when you eat it, how much you eat and with what you combine it. Sports drinks that are designed to have a high GI are ideal for replenishing expended muscle glucose stores after exercise, whereas low GI foods eaten at breakfast will ensure steady blood glucose levels throughout the morning.

The glycemic load (GL) always refers to a specific food portion. It is the “glucose load” the body has to deal with to maintain glucose levels within normal limits, and is therefore an indication of how much insulin is needed to maintain normal blood glucose levels.

The GL is thus a measure that incorporates both the quantity and quality of the dietary carbohydrates consumed. Carbohydrates are found in:

The GL is calculated by taking the percentage of the food’s carbohydrate content per portion and multiplying this by its glycemic index. 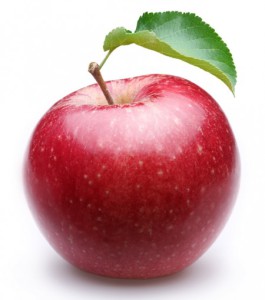 This illustrates just how important it is to realize that concentrated carbohydrate foods should be eaten in very small quantities – even if they have a low GI and are slow release foods. Most modern processed foods (bread, biscuits, rusks, cakes, rice cakes, sweets, cold drinks, etc.) are very concentrated sources of carbohydrates and many of them are fast release (high GI) carbohydrates as well, which would really push up the insulin required to maintain normal blood glucose levels.

The GLYCEMIC LOAD of some common processed foods:

There is new evidence associating high GL meals with increased risk for heart disease and diabetes, especially in overweight and insulin resistant individuals (V. Lang, GI Workshop, 2001). Therefore, it is advisable to keep the GL of most meals to between 20 and 25 as far as possible, but definitely below 30. The GL of a typical snack should preferably be between 10 and 15, with a recommended daily total of GL 100 – 130. Remember these are broad guidelines and the recommended GL per day will vary from person to person, depending on their activity levels, whether male or female, age, height and so on.

Considering the table above, fruit is the one food that consistently has a GL between 10 and a maximum of 15, which makes it the ideal snack. Foods with a GL of 10 or lower generally keep blood glucose levels where they are, and can be considered to have almost no effect on blood glucose levels. The highly processed foods, such as rice cakes and brown bread are not only concentrated sources of carbohydrates, but are also high GI. Again emphasizing the need to exercise good portion control, and eat only small amounts of such foods, if at all.

Half plate of veg GL 4

Half plate of salad veg GL 2 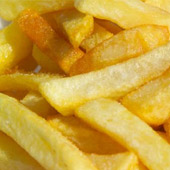 In order to calculate the GL one needs to know:

……… not the kind of information everyone has at their fingertips and for this reason we have done all the calculations for you, and written the South African Glycemic Index and Load Guide, making it easy for anyone to look up the GI, GL and carbohydrate content of the most commonly eaten foods in South Africa.

See the books section to order this useful GI and GL tool.